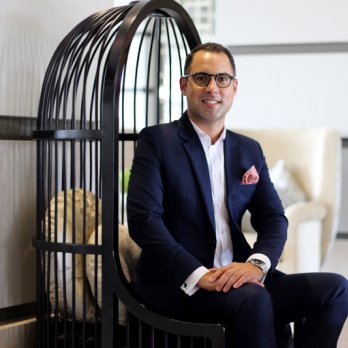 You pursued your career in Asia first. Why ?

Tangi Le Grand: I always found Asia appealing. This has nothing to do with my parents, it’s my own opinion. Working on this continent is linked with my background, it’s a continuation.

In which countries did you work and which positions did you hold?

I worked in China, Vietnam, Singapore and Indonesia. I worked first in the Food & Beverage department then in General Management.

Which advice would you give a manager who wants to make it in Asia?

I’d say first, it’s is absolutely necessary to respect local traditions and customs. Second, one should not hesitate to be upfront when it comes to communicating ad give a few orders. In Europe, we tend to delegate tasks and give general instructions. Take table setting for instance, in Asia details are important, we even specify the exact space between each cover. In France, the approach is rough.

What are the differences you noticed in the hotel approach between China, Vietnam, Singapore and Indonesia?

In China and Vietnam, productivity is always put forward. In Singapore and Indonesia, we emphasize service and the attitude towards guests.

How did Vatel help you take your career forward ?

If it wasn’t for Vatel I wouldn’t have been able to advance in the hotel sector and in the Asian continent. In France, there are a lot of hotel schools but very few that equal Vatel in education standards. Additionally, I was able to secure my first internship in Asia thanks to my Vatel classmate, Mathieu Desreumaux, whose family had contacts here. The success of Vatel lies in the many internships it offers to its students which boost our learning quality.

What are the memories you have from your time at Vatel ?

We were 20 classmates and we had good times, we were like a family.